Who Wants to Keep Building In Floodplains? Builders! With the NFIP’s reauthorization delayed until at least December, there remains a few months to read about potential changes to the program. One such change was described last week in Insurance Journal – the cancellation of NFIP coverage for new homes in the Special Flood Hazard Area (SFHA).

On the list of potential changes to the NFIP, this one is uncontroversial. Almost everyone believes that over-development in floodplains is a bad idea. Not only does it put homes and commercial buildings in floodplains, it also gives those flood waters nowhere to go other than downstream and into more property. Harris County is even taking it one step further and purchasing some flooded homes for demolition before they are repaired. That all sounds very sensible.

Who could possibly disagree? Who would advocate for building more new homes in flood-prone areas?

The least communities should insist upon if construction continues in the SFHA is significant mitigation, even though the homes will be way less affordable.

And this proposal only considers NFIP coverage – not private flood coverage. If communities want to keep building homes in the SFHA, because they think it is safe or something, it is important that insurers are able to offer the needed flood insurance to those property owners. The coverage won’t be cheap (sorry Mr. McDonald), but it will help ensure the community’s economic growth is not wiped out by the recovery when the floods do come (again, apologies Mr. McDonald). 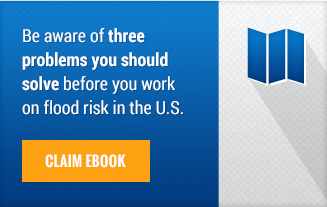