This week I attended the PCI National Flood Conference in Washington, DC (in Arlington, VA for geographic sticklers like me). Over the weekend, as everyone converged on the city, the sun was shining and the Potomac was sparkling as it flowed gently between its protected banks into Chesapeake Bay. It was a welcoming setting, especially for the delegation coming over from London – a significant number of underwriters and brokers from Lloyd’s.

With the published agenda occupied by 90 percent NFIP material meant to cover assorted minutiae of the program, what might these underwriters be doing there? Private flood is what they were doing there. The remaining 10 percent of the agenda addressed private flood topics, but it was the corridor talk that was predominantly about private flood.

The stage had certainly been set last week, with the press rife with private flood. Hiscox and DUAL and Torrent (Marsh) launched their private flood products this month, joining NFS (Aon) and their Edge Insurance, and Munich Re who has been going since last year. Also in the news was the continued progress of the “flood bill” through congress. There was no doubt these changes would resonate through the Flood Conference.

I admit that I didn’t actually attend any sessions, so I am unable to discuss the “official” side of the conference. But I rarely left the hotel atrium for two days (and evenings, and nights…), and it was brilliant to explore what private flood will mean to the industry as a whole, beyond the underwriters with whom I was already acquainted. Here are the top three topics of conversation I partook:

I returned to Denver before the third day of the conference. I would have liked to stay, but the work was piling up in the office, supporting this transformation of the industry with software (and blog posts) on a daily basis. I look forward to working with everyone I saw and met in Washington to broaden the availability of private flood in the US, because society, as a whole, will benefit as it expands here. 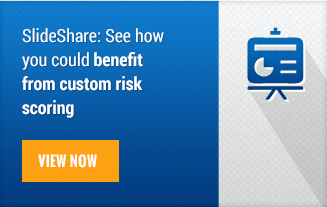