Do you ever read or watch something and say out loud: “yes”? That was my reaction to this AM Best TV clip from last week. Just a simple, out loud “yes”.

The clip features Morris Tooker, the CUO for the Hartford and he is talking about the effects of bias in underwriting. Yes!

The Risks of Hazard took a look at a related topic a few years ago, looking at the biases inherent in flood models. But this is even better – it’s about how biases held by the underwriter can diminish results. As an example, he gives the Loss Aversion Bias (rather predictably, as an underwriter, it has to be said).

He is spot on. Any judgement is subject to bias, and underwriting (even the most automated version of it) is mostly judgement.

There is another bias that underwriters must overcome: the Status Quo Bias. As technology advances, with maturing analytics and evermore precise datasets, it is almost natural to resist the inherent changes. But resisting changes, especially in underwriting, and double especially in flood underwriting, is not an option. Because the changes are happening now, and the old way of underwriting flood is going away. 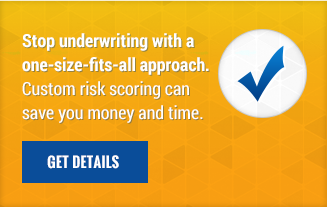