The Butterfly Effect and the Opportunities of Insuring Flood Risk

Last September I wrote about the difference between underwriting with a pen vs. a paint-roller, exploring the problem with using analytics and data that are not able to accurately depict flood risk at a specific location. The post took a critical look at using FIRMs for underwriting flood insurance because they are not intended to depict location-specific flood risk (they’re pricing tools for the NFIP). That blog was very well received, so I thought I would follow it up with a graphical look at the same topic. The notion was reinforced by the news from Washington on the Flood Bill.

To do so, below is The Butterfly Chart. The inspiration for the chart is the National Flood Insurance Program in the USA, and is thus limited to areas deemed prone to flooding. Similar butterflies could be drawn for any system, including the hypothetical system whereby all homes in the USA are covered for flood as a non-excluded peril (wouldn’t that be cool?).

The horizontal axis is Flood Risk (low to high), and the vertical axis is normalized cost/price.

The yellow line is loss cost, and the steep line means that the cost of the risk of flooding at low-risk locations is much lower (a factor of 4 or more) than at high-risk locations. The line is steepened by the fact that flood’s loss cost, somewhat uniquely, is not only driven by the likelihood of a disaster, but also by the fact that low-risk floods are likely to be smallish, while high-risk floods are more significant and expensive.

As with all butterflies, the wings are the most interesting part. Each wing of the butterfly is full of opportunity for insurers:

Interestingly, each wing requires a specific type of analytic to turn the opportunity into growth, revenue, and (ultimately) profit. For the left wing (in the USA), a cherry-picking analytic is needed to compare the flood risk at a specific location with the NFIP rating to produce a Yes/No (or Green Light / Red Light) output. The right wing requires that every location be assessed for flood risk on a scale that allows every risk to be priced accordingly (typically a scale of 1 – 10, or 1 – 100, or A – D, or whatever). These outputs are completely different and derived differently.

Regardless of which wing is being pursued, this is an underwriting activity and underwriting analytics are the right technology to use (not accumulation software or cat models). 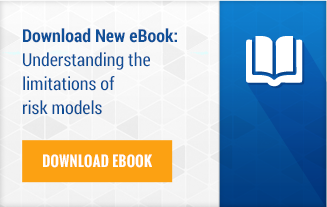