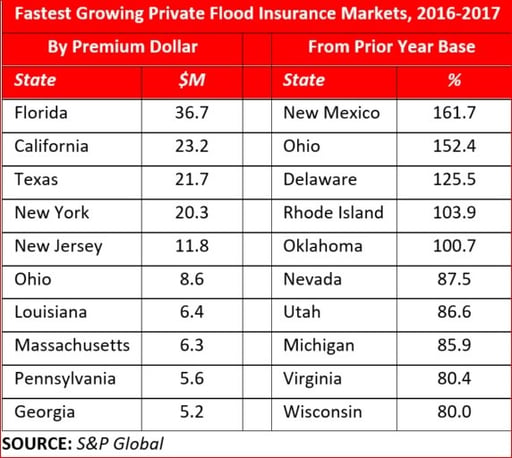 Better Data = Better Analytics
In a previous blog titled Feds Underestimating Flood Risk and “The Strangeness Index” (no pun intended), reference is made to an IOPscience article stating that ”41 million Americans live within the 1% annual exceedance probability floodplain (compared to only 13 million when calculated using FEMA flood maps).”

Better Analytics = Better Profitability for the Private market
A McKinsey & Company article from December of 2017 by Michel-Kerjan and Giambattista Taglioni titled “Insuring hurricanes: Perspectives, gaps, and opportunities after 2017” is a fascinating study filled with facts, figures, analyses, and suggestions (What?) that end with this statement: “We estimate that this course of action, if risk-based, could represent $30 billion to $50 billion in written premiums annually (residential and small business combined) and better protect the United States against economic flood losses.” (Hint: it’s at the end of Question 4).

The pieces are in place. Relevant, accurate information exists to provide underwriters the capability to make location based decisions with confidence.