Last month there was an article published by the Tampa Bay Times (see here) on flood insurance that really stood out for The Risks of Hazard. Not only was the author, John Romano, supporting the continued expansion of private (i.e. actuarial, i.e. market-driven) flood insurance – he was advocating for the logical next step, universal flood coverage.

The benefits of private flood coverage are well documented…for homeowners, for taxpayers, for underwriters, for carriers, for entrepreneurs, and even for Canadians. Mr. Romano hits the main points in his article, too, in advocating for the expansion of private flood. But he goes beyond, which is truly exciting to see in print.

Mr. Romano offers this solution to the problem of insolvent and ineffective flood insurance: “the problem was addressed in the United Kingdom by making flood insurance a standard part of all homeowners policies.” He cites the advised opinion of Michael McShane of Old Dominion’s Emergent Risk Initiative: “By spreading the risk you create a sustainable flood insurance pool, and that's how it's supposed to work.”

As sensible as that seems (think auto insurance – it works because everyone has it), Mr. McShane also points out what would come next: "The downside is there would be considerable political backlash.'' Why? Because every homeowner would pay premium for flood coverage – a very tough political sell. Here is how it makes sense for insurers:

So it makes sense for insurers to move towards universal bundled flood insurance. How does it compare to the current system for taxpayers? Well, that’s easy: It is one thing to fund an insolvent flood program – but it is quite another to continue funding a flood program that doesn’t cover flood losses.

Mr. Romano’s article is hopefully the start of a mainstream conversation about adding flood to all homeowner policies (it is already in the insurance press). Mr. Romano’s reasoning is sound: “The storm is coming.” We agree. 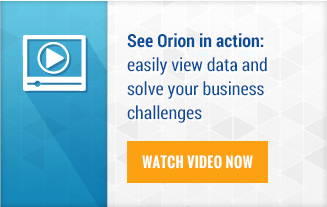