The Risks of Hazard would like to copy most other blogs and news outlets by concluding the year with a “Best of” edition. Below are the 10 blog posts that not only had the highest readerships, but had the most comments, caused the biggest stir, and resounded most with thought leaders.

Without any ado whatsoever (except this intro), here is the Risks of Hazard Top 10 for 2016:

10. How to Underwrite “Challenging” Flood was a post we wrote based on a Lloyd’s of London/JBA report on the flood risk in California’s Central Valley. We described how underwriters could successfully underwrite flood in the region, which was clearly something many readers wanted to know.

9. Problem: Underwriting with Accumulation Software made a statement that has since resonated loudly with many of the underwriters we talk to: they’ve been asked (for years) to underwrite with software not built for underwriting. It has been quite a realization.

7. On Elephants and Blind Underwriting is on this list because it’s the best name ever for a blog post. And hundreds of people read it and shared it.

6.Not Just Private Flood – Universal Flood was based on an opinion piece in the Tampa Bay Times calling for universal flood coverage. We at the Risks of Hazard advocate for universal flood, and to hear a “mainstream” media voice join the conversation was very cool.

5. Flooding in Houston - Where, not When was another description of how underwriters can better focus on underwriting instead of being led astray by other types of software at their disposal. The thrust of “Where, not When” is changing risk assessment from the chance of flooding happening in the coming year to assuming flooding will happen in the coming year and determining which properties are more or less likely to be damaged when it does. This has resonated with some very experienced underwriters and they are now using this approach.

3. Who Said Analytics Are So Smart? was the surprise hit of the year for the blog. Describing the shortcomings of innovation and analytics was something a LOT of people wanted to read about, and it’s not discussed much, I guess.

2. Are Coastal FIRMs Useless for Underwriting? was the blog post that got me on NPR. And, it has a title that seems more risqué than it really is.

1. Cat Modeler’s Guide to the Protection Gap is the top of our list for 2016 because it had more readers than any other post, more comments, and more comments by famous people. The Protection Gap needs to remain front and center for insurers and their software providers because it offers a path to financial success for the industry while delivering tangible benefit to society. It is a classic win-win situation that is grossly underserved right now. Our blog hopes to help fill that gap in 2017 and beyond.

Happy holidays from the entire team here at Risks of Hazard! Catch you in January. 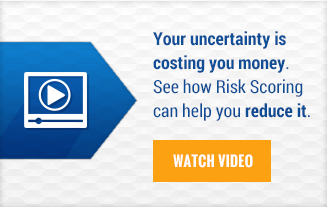